Walt Disney is famous. He successfully created and delivered new ideas into the mass media market. Today, fifty-four years after his passing, the Walt Disney Company is a diversified multinational business. 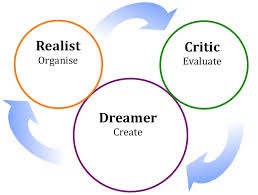 According to a close associate, 'There were three different Walts. You never knew which one was coming to the meeting'.

They represented Walt Disney's strategy for creating new products and getting innovation into the market - cartoon animation was an innovation at that time in film history.

These thinking patterns are also natural functions of your nervous system.

Anyone can do it.

The business applications are potent in business strategy, value creation, and high performance - as well as creativity and innovation.

Sound too good to be true?

Yes, it might sound that way. So, let's hear from Michele Robinson.

'This process was remarkably successful and enabled my team and me to achieve what I had previously thought were unattainable results. Specifically, we won the National Customer Service Award for Contact Centre of the Year and were listed as number 33 in the Sunday Times top 100 Great Places to Work Survey.'

Michele is now Head of Operational Customer Experience at Yorkshire Water. At the time of this testimonial, she had studied and applied these ideas over three years - alongside her managing director - as General Manager, Loop.

Would that be of interest to you?

Would that be of interest to you?  Email joseph@zeteticmind.com now - no time like the present.